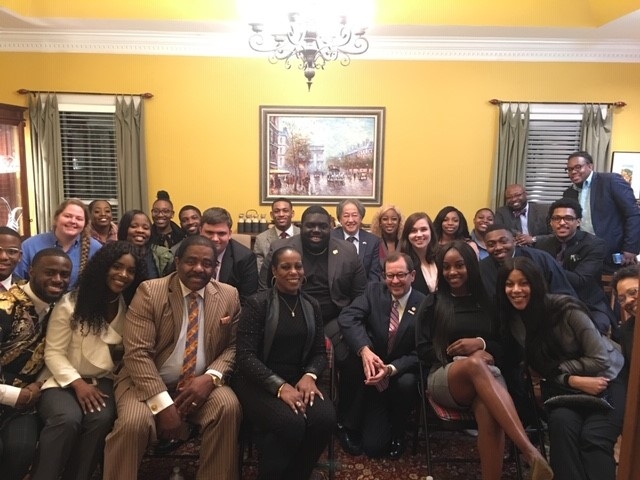 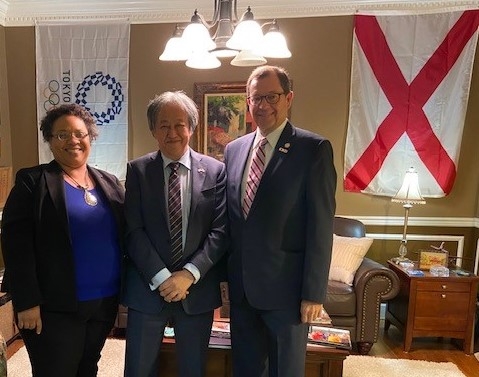 On January 28, Consul General Takeuchi participated in the Returnee Reception for Talladega College Kakehashi Project participants who visited Japan in December of last year. Talladega College President Billy Hawkins expressed his gratitude, saying that each participant in this year’s project gained much experience through this, their first time visiting Japan, and it was an invaluable opportunity. Consul General Takeuchi emphasized the importance of grassroots activities like the Kakehashi Project and expressed optimism toward fulfilling his role in the continued strengthening of ties between Japan and Alabama.