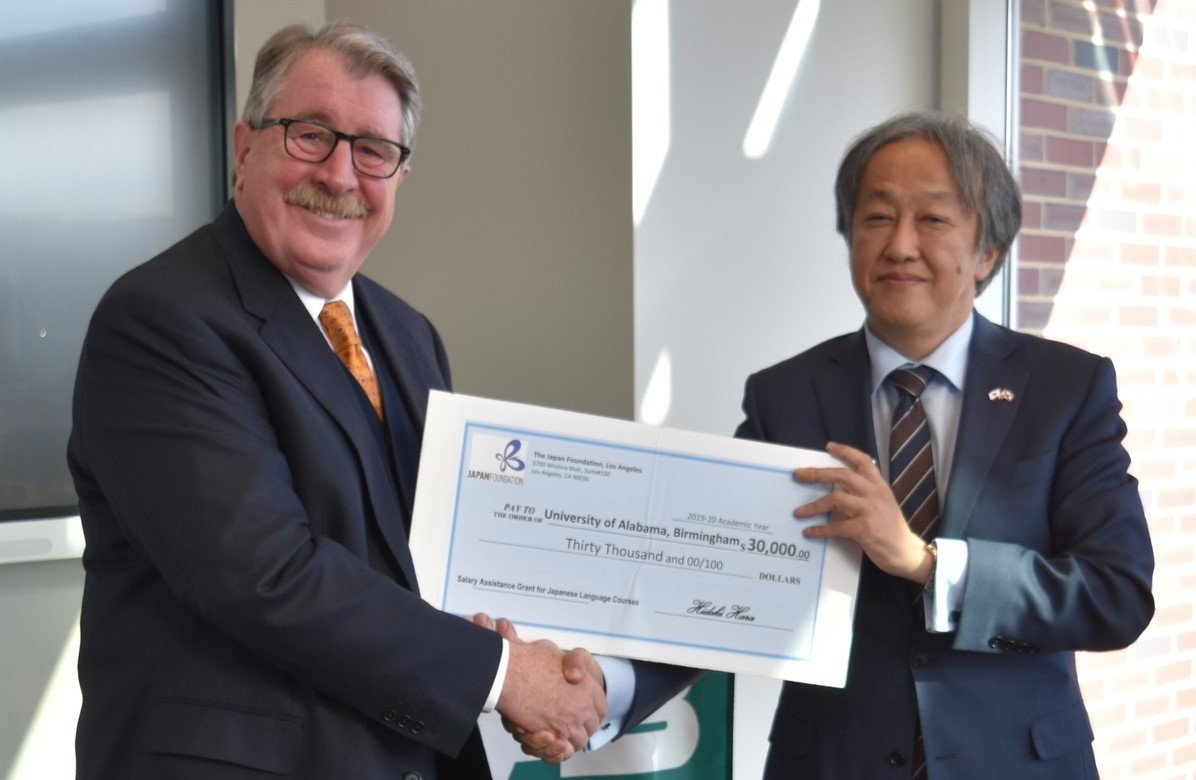 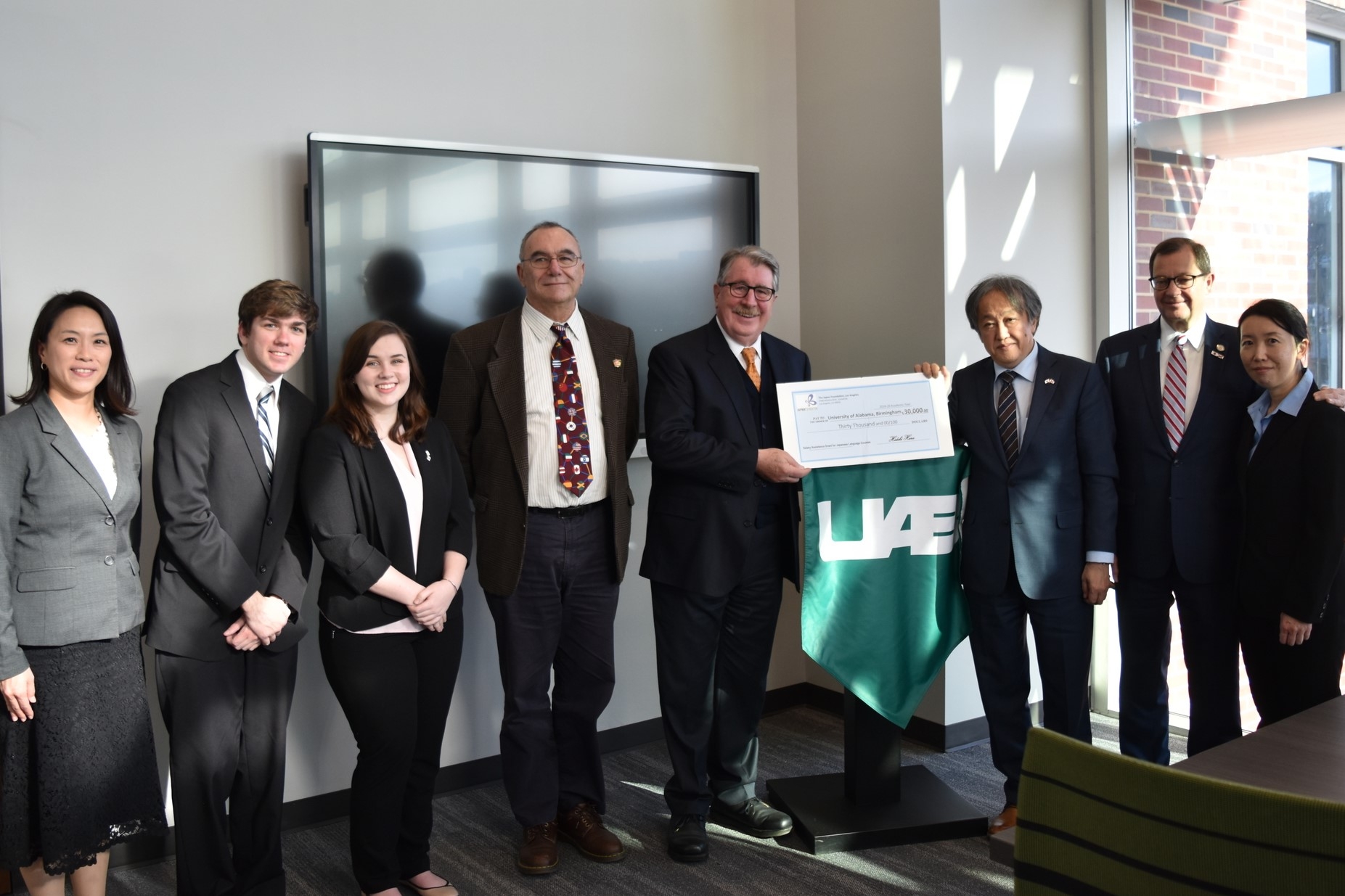 On January 28, Consul General Takeuchi attended a grant ceremony at UAB in which he awarded a grant to support a Japanese Language course. Dean Robert Palazzo, who accepted the check, reported that currently 60 students are studying Japanese and a full Japanese major in the Department of Foreign Languages and Literature would be established beginning in the Fall semester.