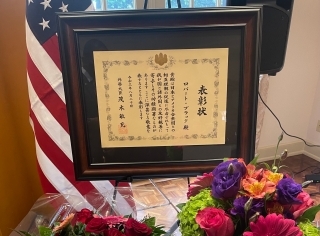 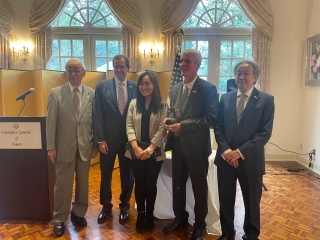 On December 16th, Huntsville, Alabama’s Mr. Robert Black was awarded the 2021 Foreign Minister’s Commendation at a ceremony held at the official residence of the Consulate General of Japan in Atlanta. This honorary distinction, awarded by Japan’s Ministry of Foreign Affairs, was made in recognition of Mr. Black’s contributions to the strengthening of relations between Japan and the United States through his outstanding work in horticulture. Mr. Black’s work includes creating the Japanese garden at Monte Sano State Park in Huntsville which is home to the renowned Wa-Raku-Tae tea ceremony house. The Japanese garden is the venue for both the yearly Japanese Spring and Fall Festivals that showcase various Japanese cultural experiences in Huntsville.


Mr. Black’s dedication and contributions through horticulture have made significant impact to the mutual relationship of the US and Japan over the years and the Consulate General of Japan in Atlanta is extremely honored to have presented Mr. Black with the 2021 Foreign Minister’s Commendation.